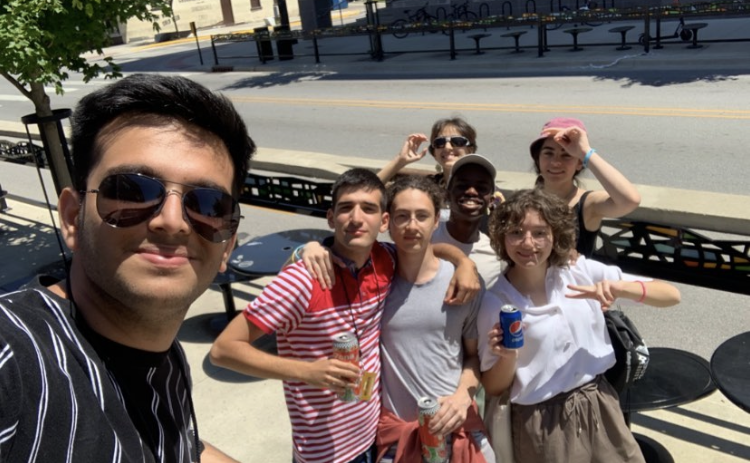 16 hours. That’s how long it took me to reach the American mainland. The nervousness was immense; Uncertainty, indecisiveness, it was all there. Until I met other Fellows in Frankfurt. 45 representatives of European countries and ten Americans. One of them was an Austrian. And that was me. The pride of representing Austria in the USA is so great. I couldn´t believe it.

The day after our arrival started with breakfast. We were shown around the campus. The Purdue University campus is as big as a small town! There’s nothing the campus doesn’t have. Various restaurants, recreation centre (swimming pool, rock climbing, gym, etc.), bowling alley, shopping centre, etc. This small town even has its own police force.

First, we learned over Benjamin Franklin. Who is Franklin? What were his goals? What contribution did he make? All these questions have been answered. This week’s module was Democratic Citizenship. There was a discussion about the existence of a government. We studied the US Constitution, specifically the 4th Amendment. The Fellows investigated controversial cases where the Fourth Amendment was (not) violated. The Fellows then played a court trial. We also visited the Tippecanoe Battlefield. The Battle of Tippecanoe is considered important to US history. Visiting the Beef & Boards Dinner Theatre was a big surprise not only for me, but for all Fellows. The play was about Mary Poppins. I’m sure that was the coolest experience. On Friday we were in Indianapolis, the capital of Indiana. A very beautiful city with many cafes and cool fast-food restaurants.

Now I want to talk a bit about the Fellows and Mentors. When we had the Introduction Dinner, about 90% of the Fellows said they were interested in International Relations and Politics. This one thing is very common among us. That makes us one, but these people are still so different. Everyone is very inspiring. They work for the good of the community. Everyone feels very comfortable among their colleagues. We sit and talk until midnight. It’s very cool. It’s even cooler with the mentors. I wish my teachers (not all) would be as energetic as the BFTF mentors. They don´t interact with us like teachers do, but as like friends.

I am currently experiencing the American Dream. Everything is unbelievable, but nevertheless it is there. I am in the United States of America. The next few days are already making me curious. 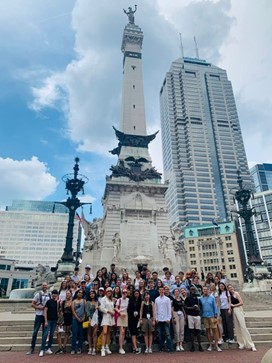